Welcome to Space Physics at Princeton

The Space Physics group in the Department of Astrophysical Sciences:

We are the lead institution for numerous NASA Heliophysics missions and instruments that Prof. David J. McComas serves as the principal investigator for:

Interstellar Mapping and Acceleration Probe (IMAP) mission – under development and launching in 2025 to explore the details of particle acceleration and the Sun’s interaction with the local interstellar medium;

Interstellar Boundary Explorer (IBEX) mission – launched in 2008 and still exploring the boundaries of our heliosphere and its interaction with the local interstellar medium;

New Horizons, Solar Wind Around Pluto (SWAP) instrument – launched in 2006, measured the plasma environments of Pluto and the Jovian magnetosphere and continues to make unprecedented observations of interstellar pickup ions; 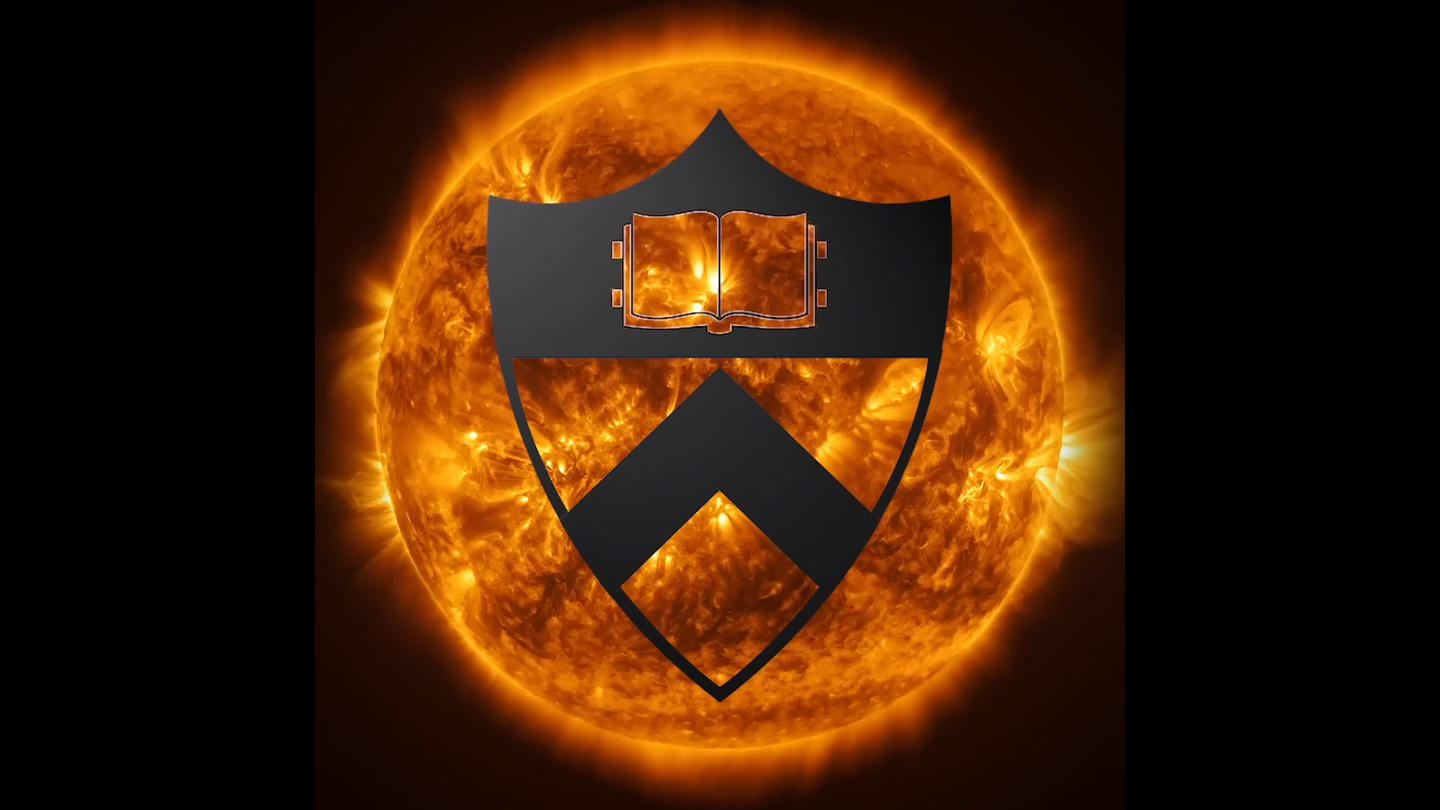 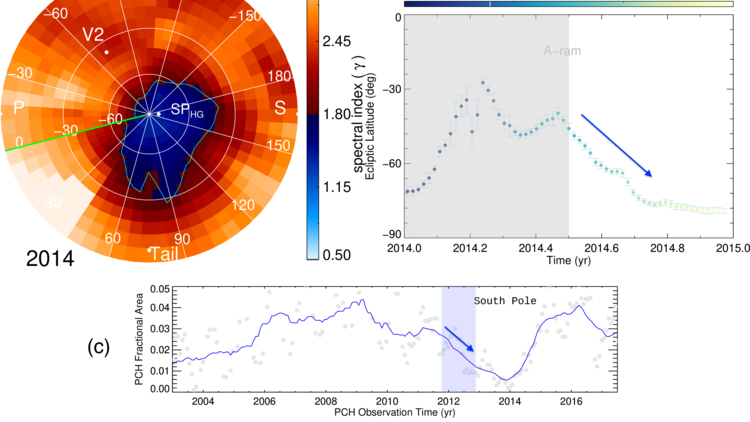 Fast solar wind (SW) flows outward from polar coronal holes (PCHs). The latitudinal extent of the fast SW varies during different phases of the solar cycle. The fast SW in the inner heliosheath produces a flatter proton spectrum than the slow SW that can be observed through energetic neutral atoms (ENAs) by the Interstellar Boundary Explorer …

McComas has made seminal contributions through innovative mission and instrumentation development that have benefited and supported the entire scientific community and led ground-breaking observations, analysis, and discovery of fundamental physics of the heliosphere and the very local interstellar medium, the solar wind, and the Earth’s and… 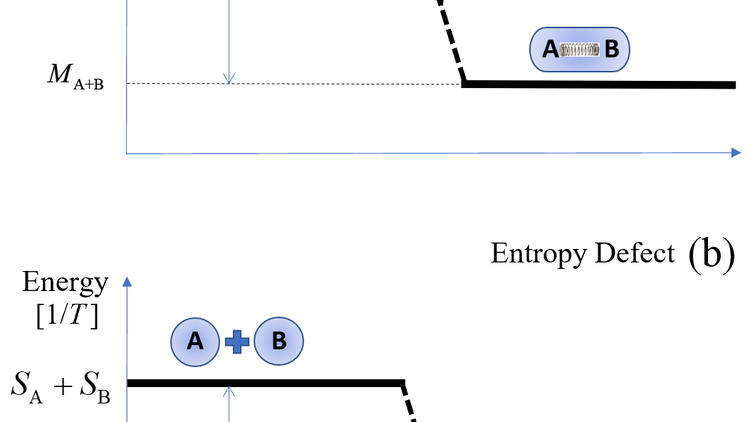 The recently developed concept of "entropic defect" is important for understanding the foundations of thermodynamics in space plasma physics, and more generally for systems with physical correlations among their particles. Using this concept, this paper derives the basic formulation of the distribution function of velocities (or kinetic… 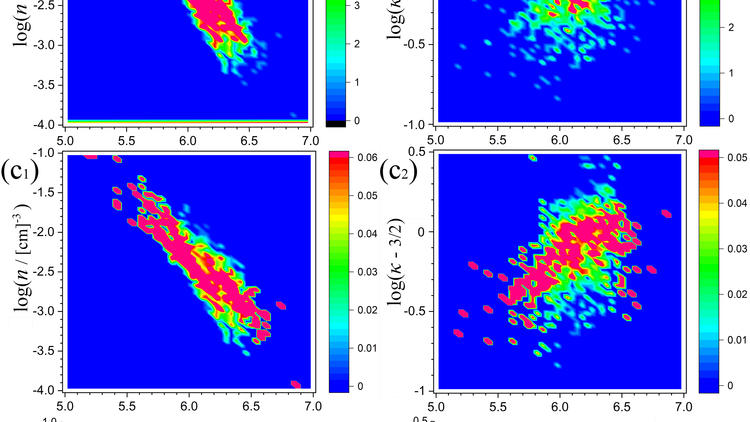 Publication: Thermodynamics of the Inner Heliosheath

We derive annual sky maps of the proton temperature in the inner heliosheath (IHS), and track their temporal evolution over the years 2009–2016 of Interstellar Boundary Explorer observations. Other associated thermodynamic parameters also determined are the density, kappa (the parameter that characterizes kappa distributions), temperature rate,… 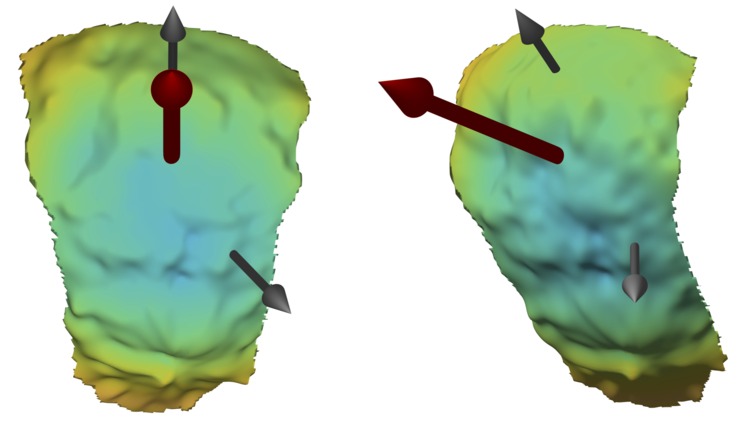 Past analysis has shown that the heliosphere structure can be deduced from correlations between long-scale solar wind pressure evolution and energetic neutral atom emissions. However, this required spatial and temporal averaging that smoothed out small or dynamic features of the heliosphere. In late 2014, the solar wind dynamic pressure… 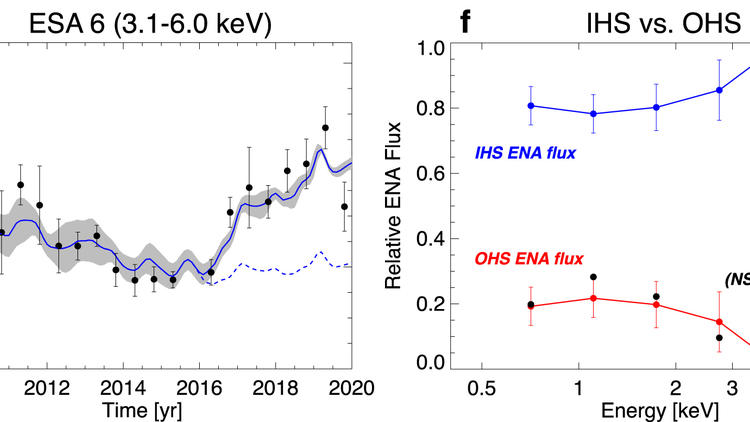 Interstellar neutral atoms propagating into the heliosphere experience charge exchange with the supersonic solar wind (SW) plasma, generating ions that are picked up by the SW. These pickup ions (PUIs) constitute ~25% of the proton number density by the time they reach the heliospheric termination shock (HTS). Preferential acceleration of PUIs… 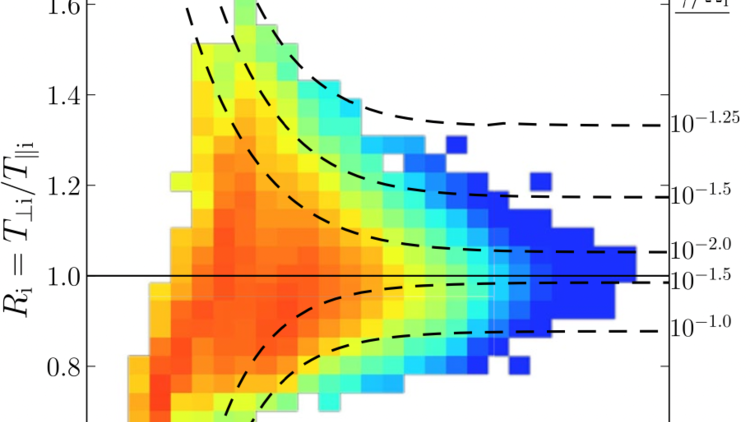 Most space plasmas are weakly collisional. Due to the low collision rate, the plasmas are routinely out of local thermal equilibrium and often exhibit non-Maxwellian velocity distributions. The charged particles typically exhibit anisotropy in temperature measurements, that is, distinct temperatures are observed perpendicular and parallel ( 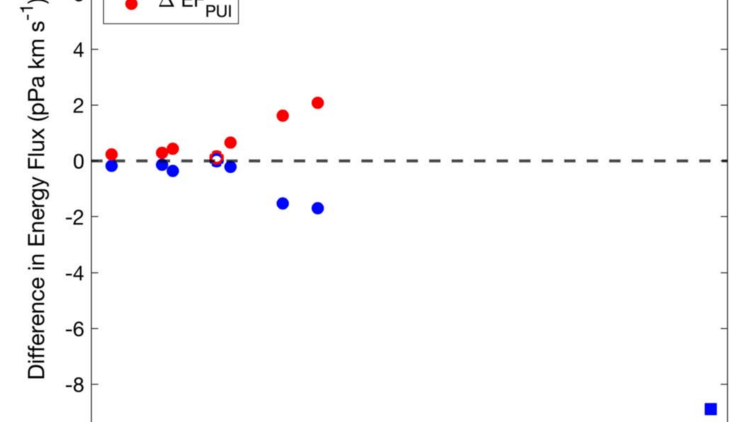 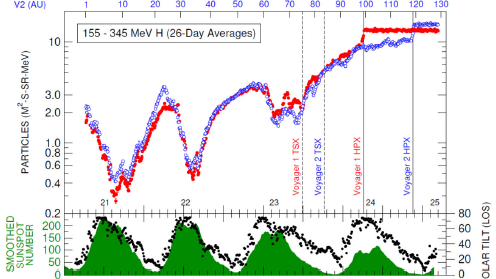 Publication: Galactic Cosmic Rays Throughout the Heliosphere and in the Very Local Interstellar Medium

We review recent observations and modeling developments on the subject of galactic cosmic rays through the heliosphere and in the Very Local Interstellar Medium, emphasizing knowledge that has accumulated over the past decade. We begin by highlighting key measurements of cosmic-ray spectra by Voyager, PAMELA, and AMS and discuss advances in… 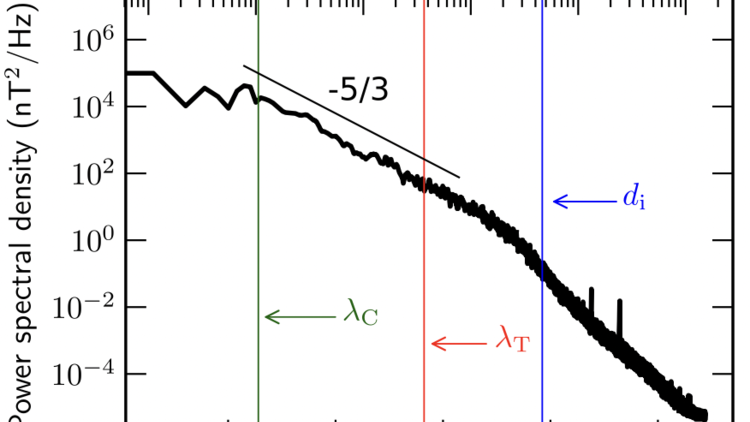 Publication: Taylor Microscale and Effective Reynolds Number near the Sun from PSP

The Taylor microscale is a fundamental length scale in turbulent fluids, representing the end of fluid properties and onset of dissipative processes. The Taylor microscale can also be used to evaluate the Reynolds number in classical turbulence theory. Although the solar wind is weakly collisional, it approximately behaves as a…